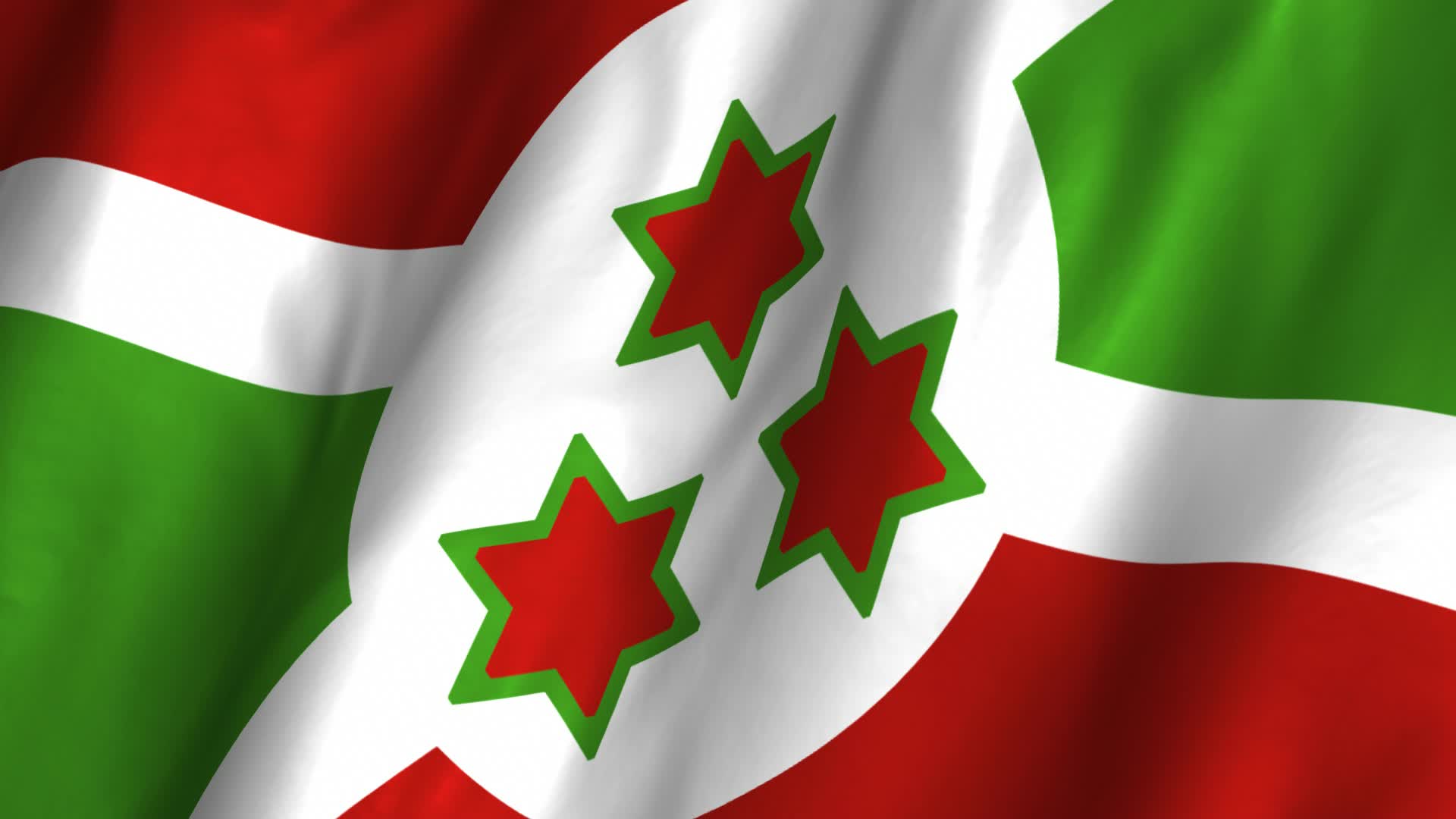 The Burundi National Flag was adopted on June 28, 1967, after the proclamation of the country's independence in Belgium from July 1, 1962. It consists of a white Cross of St. Andrew, which divides the field into alternate red and green areas.
Andrew's Cross Center combines into a white disk, which has three solid red six-pointed stars in green. The ratio between the flag was 2: 3 to 27 September 1982. The current report is 3 :. 5
Symbolism of the Flag
The map is divided into four parts by a white cross. The upper and lower parts are red, while the left and right sides are green. The white color of the cross represents peace, the green represents the nation's hopes for future development, and red symbolizes the suffering of the nation during its struggle for freedom. The three stars in the triangular configuration stand for the three major ethnic groups of Burundi: Hutu, TWA and tutsi. The three stars are also for the three elements of the national motto: Unité, Travail, Progrès ("Unity, Work and Progress") that can be seen on the Burundi coat of arms. They are also the loyalty that the citizens of the nations have committed to their God, king and country.
Contact Us!
Copyright © 2021 - Consulat Burundi