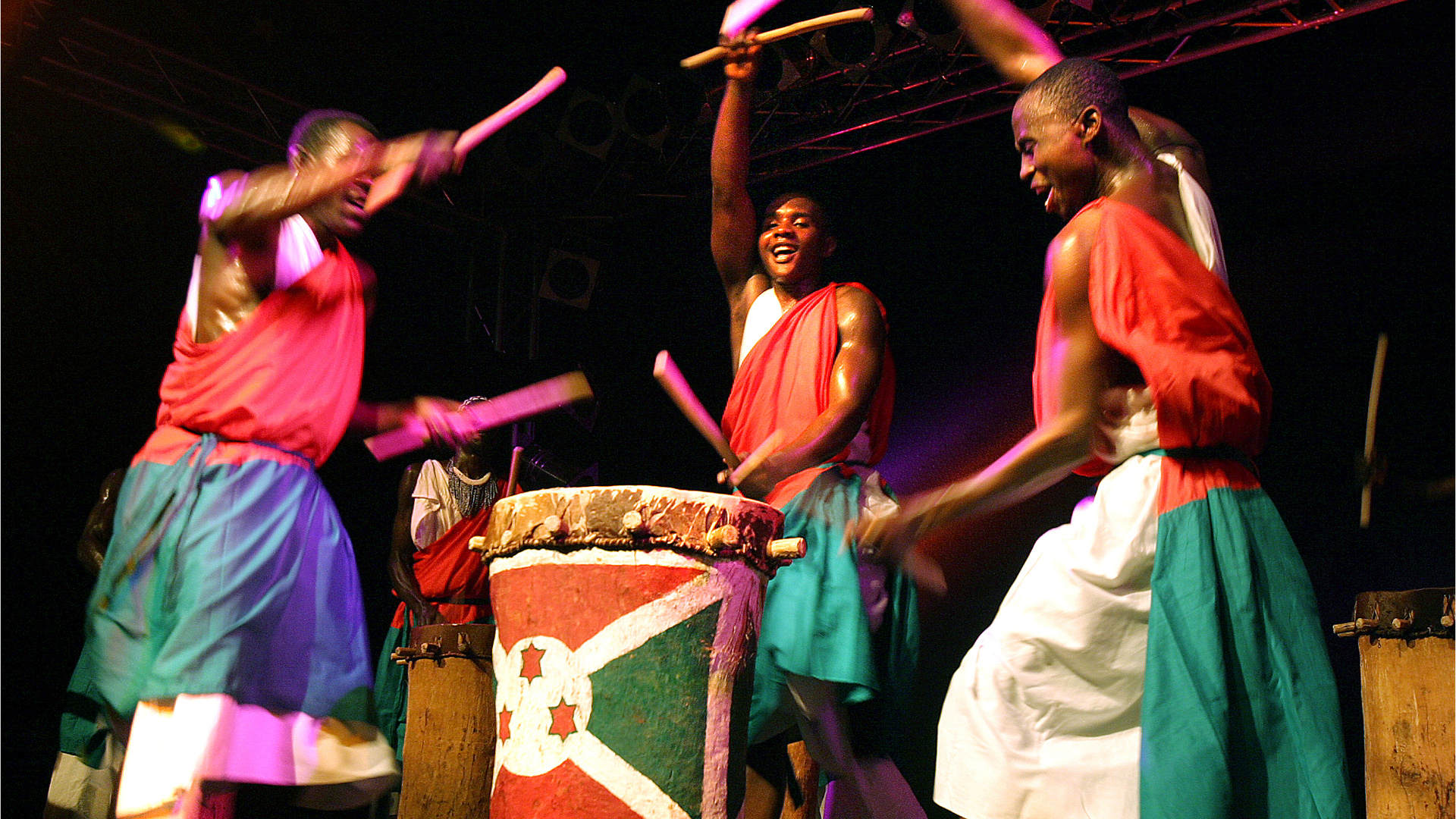 Burundi culture is based on local tradition and the influence of neighboring countries. Although prominent in cultural terms, it has been aggravated by civil disturbances. As agriculture is the main industry, a typical meal in Burundi is made up of sweet potatoes, corn and peas. Because of the costs, meat is eaten only a few times a month. When more close burnders meet together they drink impeke, a beer from a large container to symbolize the unity. Notable personalities include football referee Mohammed Tchité and singer Jean-Pierre Nimbona, popularly known as Kidumu.
Basketball and athletics are sports seen in Burundi. Martial arts are popular as well. There are five major judo clubs. Judo de l'Enantante Sports Club, in the city center, and four others in town. Soccer associations are popular throughout the country, such as Mancala.
Most Christian holidays are celebrated in Burundi, with Christmas being the highest. Burundi Independence Day is celebrated each year on 1 July. In 2005, the government said it celebrates Burundi Eid ul-Fitr, an Islamic feast.
In April 2009, the government of Burundi changed the law to criminalize homosexuality. Persons found guilty of homosexual consensual relationships receive two to three years in prison and a fine of 50,000 to 100,000 francs in Burundi. Amnesty International condemned the action by calling it a violation of Burundi's obligations under international and regional human rights law, as well as the Constitution that guarantees the right to privacy.
Contact Us!
Copyright © 2021 - Consulat Burundi